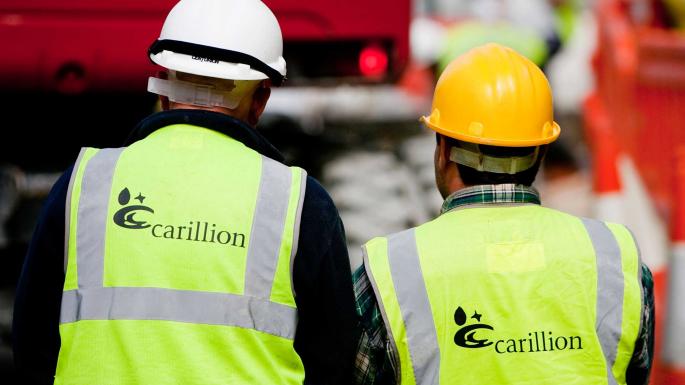 Construction giant Carillion is to go into liquidation, threatening thousands of jobs.

The move came after talks between the firm, its lenders and the government failed to reach a deal to save the UK’s second biggest construction company. Carillion ran into trouble after losing money on big contracts and running up huge debts. Its failure means the government will have to provide funding to maintain the public services run by Carillion.

All employees should keep coming to work, you will continue to get paid. Staff that are engaged on public sector contracts still have important work to do,

said government minister David Lidington. Carillion is involved in major projects such as the HS2 high-speed rail line, as well as managing schools and prisons. It is the second biggest supplier of maintenance services to Network Rail, and it maintains 50,000 homes for the Ministry of Defence. Carillion chairman Philip Green said it was a “very sad day” for the company’s workers, suppliers and customers.

The company has 43,000 staff worldwide – 20,000 in the UK. It is not clear yet how those staff will be affected. Carillion also employs thousands of smaller firms, who will be keen to know how they are affected by its collapse. Some of Carillion’s contracts will be taken on by other firms and some could be taken back into the public sector.

Thousands of current and former staff have money in Carillion pension funds, which have deficit of almost £600m. Those funds will now be managed by the Pension Protection Fund (PPF). The PPF said it was aware news of the liquidation would “raise serious concerns for all people involved”.

We want to reassure members of Carillion’s defined benefit pension schemes that their benefits are protected by the PPF.

She added that she did not want the government to take on the contracts that were loss-making, while selling the profitable ones to other private companies.

Contingency plans for the failure of Carillion are in operation:

Carillion has a big international business, including a huge construction project in Qatar related to the 2022 FIFA World Cup. It is also a big supplier of construction services to the Canadian government.

Bernard Jenkin, the Conservative chairman of the House of Commons Public Administration Committee, said Carillion’s collapse “really shakes public confidence in the ability of the private sector to deliver public services and infrastructure”. He said there needed to be a change of “mindset” at companies that do a lot of work for the taxpayer. He said:

You’ve got to treat yourself much more as a branch of the public service, not as a private company just there to enrich the shareholders and the directors,

Mick Cash, the general secretary of the Rail, Maritime and Transport (RMT) union, said: “This is disastrous news for the workforce and disastrous news for transport and public services in Britain. “RMT will be demanding urgent meetings with Network Rail and the train companies today with the objective of protecting our members jobs and pensions.”
Rehana Azam, national officer of the GMB union, said: “What’s happening with Carillion yet again shows the perils of allowing privatisation to run rampant in our schools, our hospitals and our prisons.”