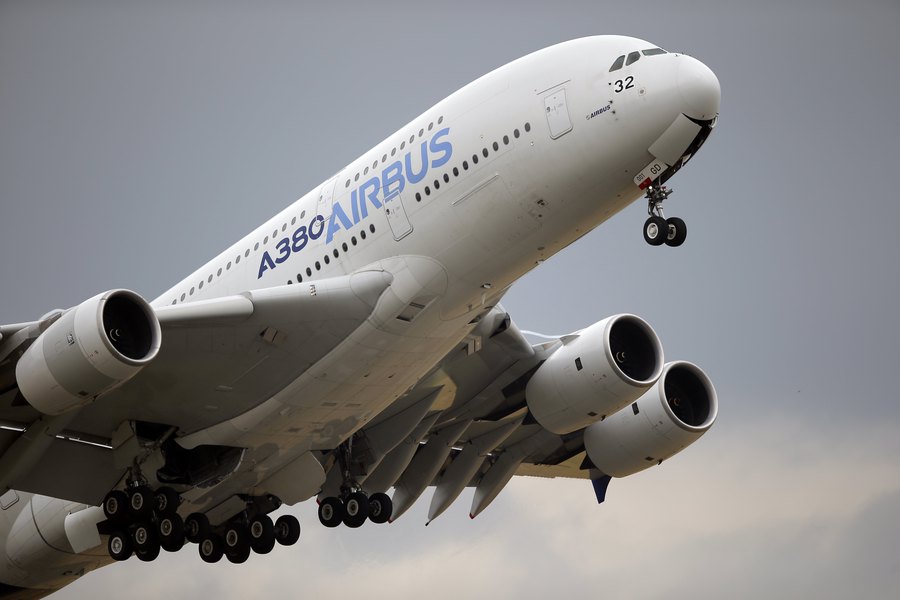 The Emirates airline has announced an order for up to 36 Airbus A380s.

The $16bn (£11.5bn) deal amounts to a reprieve for the A380 after Airbus threatened to stop making the jet if it could not come to a deal with Emirates. Emirates is the only airline to have put the A380 at the heart of its operations and had been expected to place an order for more of the jets at the Dubai Airshow last November. However, it then ordered 40 Boeing 787 Dreamliners instead. Emirates said it had now made a firm order for 20 of the A380, the world’s largest passenger airliner, with options to buy a further 16. Deliveries are scheduled to begin in 2020. Emirates is already the largest customer for the plane, with 101 currently flying and 41 more firm orders previously placed. On Monday, Airbus sales director John Leahy said the company would have to halt the A380 programme if Emirates did not place another order.

The A380 project was first conceived in the early 1990s as an eventual successor to the Boeing 747, with development work beginning in earnest in 1993. The plane has twin decks of seats, and is designed to incorporate amenities such as bars, lounges, beauty salons and duty-free shops, according to customer specification. Before this latest deal, there had been a total of 317 orders for the A380 since its launch in 2007. It made its debut commercial flight in October 2007 with Singapore Airlines flying from Singapore to Sydney. Qantas took orders of the plane in 2008, flying the route between Melbourne and Los Angeles. Air France and Lufthansa have also flown the Airbus A380, but its largest customer over the years has been Emirates.