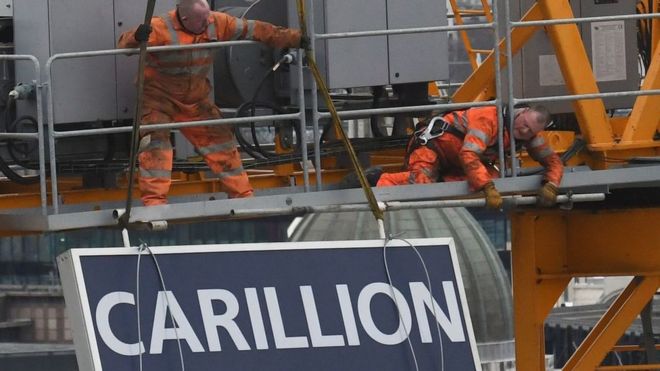 Nearly 380 workers at Carillion are being made redundant, but the body in charge of liquidating the business said it had saved 919 jobs.

I recognise that this will be a worrying time for all those affected, their families and local communities. I would like to thank all staff for their professionalism throughout the liquidation. I am expecting many employees working on other Carillion contracts to transfer in the coming weeks and we are continuing to keep the workforce updated as these arrangements are finalised.

Carillion had employed 43,000 people, including around 20,000 in the UK. Since it collapsed last month, a number of companies have said they will take over contracts and projects that they had previously worked on with the now defunct construction and services business. Kier Group had been part of a joint venture with Carillion and French business Eiffage on the High Speed 2 rail project. Kier and Eiffage are now partners on the scheme and are taking on 51 Carillion employees. Kier has also assumed full responsibility for work on behalf of Highways England to reduce congestion on motorways, and is transferring about 150 employees from Carillion.