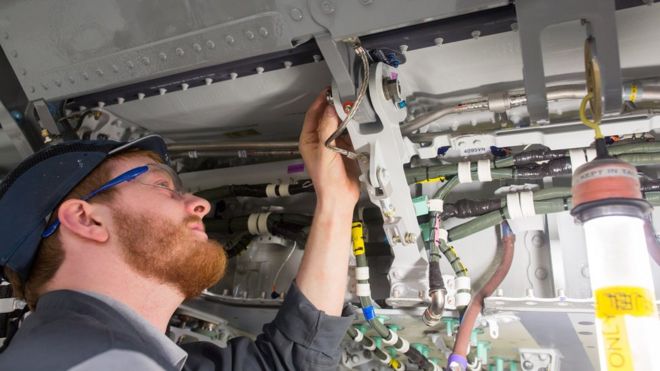 The UK economy will grow at a slower pace than any other major advanced or emerging nation this year, according to the OECD.

Ahead of the Spring Statement, the think-tank raised its UK growth forecast to 1.3% in 2018 amid a strengthening global recovery.  This is up from an earlier projection of 1.2%, but is the weakest in the G20.  The OECD predicts the fastest world growth since 2011 this year, helped by US tax cuts and spending in Germany.  The Paris-based organisation said the world economy was on course to expand at an annual pace of 3.9% over the next two years.  This is up from a forecast last November of 3.7% in 2018 and 3.6% in 2019.  However, it warned that the recovery risked being undermined by an escalation in trade barriers that would hurt growth and jobs.

The OECD said higher inflation in the UK would continue to squeeze household incomes.  Weak business investment would also weigh on growth for the next two years amid uncertainty surrounding the Brexit negotiations.  It left its prediction for UK growth in 2019 unchanged at 1.1%. This would be the joint-slowest expansion alongside Japan.  City and academic economists expect the UK economy to expand at an annual pace of 1.5% over the next two years, and Chancellor Philip Hammond is expected to reveal a more optimistic outlook in updated official forecasts on Tuesday.

We do think that it’s very important for the UK to invest more in productivity enhancing infrastructure. A lot of investment happens in London, it doesn’t happen in many other areas. More needs to be done to enhancing productivity in the rest of the UK.

The OECD’s latest economic outlook showed all but one G20 nation – Russia – was set to grow at a faster pace this year than predicted last November.  Mr Pereira said global growth would be led by a recovery in investment, while an increase in trade volumes of 5.2% in 2017 was expected to continue in 2018.  He said: “Investment is coming back, and so this is very good news for good new for jobs and growth across the economies.”  However, the think-tank warned that trade barriers posed a threat to growth.  Last week, President Trump signed controversial orders imposing heavy tariffs on steel and aluminium.  The European Commission vowed to retaliate if hit by the tariffs.

Any escalation, any retaliation or a tit-for-tat type of scenario would be very damaging,

Mr Pereira said a global trade war would be harmful for the global economy.