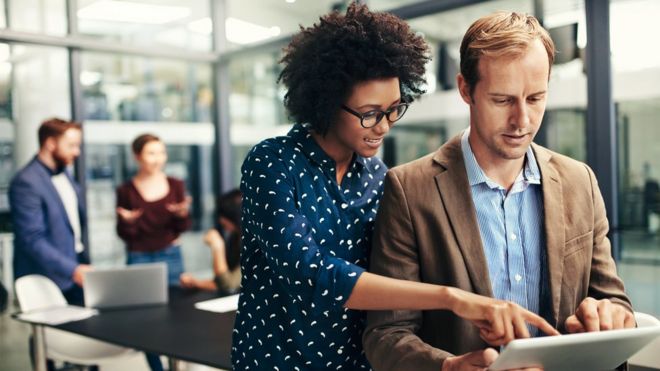 Employers that fail to publish their gender pay gap on time are being warned they are in the “last chance saloon” and may face “unlimited fines”.

For the first time private and public bodies have been instructed to publish the difference between what their male and female employees earn.  But with the final 4 April deadline looming, many of them appear to be holding back until the last minute. Fewer than 4,000 out of 9,000 have so far published the required data.  The Equality and Human Rights Commission (EHRC) said firms were now in the “last chance saloon” over the issue.  All companies with more than 250 staff must publish the difference between the median hourly pay of men and that of women at their firm by 4 April.  Public sector bodies face an earlier deadline of 30 March.  The EHRC said it would instigate enforcement action on 9 April, which could lead to legal action and an “unlimited fine” set by the courts.

The clock is ticking and with just 10 days to go, those who haven’t reported really are entering the last chance saloon,

She warned that companies that did not comply should “be prepared for serious reputational damage” and “a very unhappy workforce”.  The data published so far indicate divergent picture. A higher pay gap indicates a workplace where men dominate the senior or better paid roles.  The gap between men’s and women’s median hourly pay at a national level is 18.4%. But several companies, including Lloyds, Virgin Money, RBS, and Clydesdale Bank have reported pay gaps in excess of 30%. 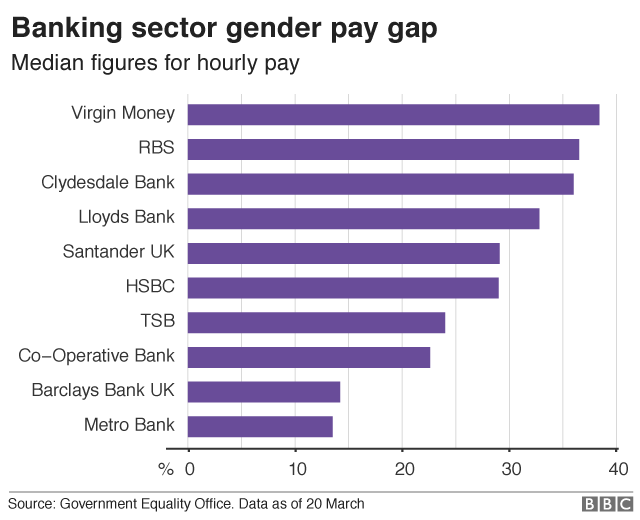 In the aviation sector Thomson Airways, TUI, Easyjet and Jet2 published median pay gaps over 45%. Across the industry men dominate well-remunerated pilot roles.  The public sector has also thrown up some wide disparities. At least 10 schools and several academy trusts have a median pay gap of more than 50%.  MPs have questioned whether the scheme to highlight disparities is working effectively. Next month the Business, Energy and Industrial Strategy Committee is launching an inquiry which will examine the issue as well as executive pay as well as the gender pay gap in the private sector.  Some law and accountancy firms were criticised for leaving out highly paid partners when calculating their gender pay gaps.

Rachel Reeves who chairs the committee said: “Transparency on gender pay is only the beginning. We need to examine why these pay gaps persist, why within the same sector there may be companies with wildly differing pay-gaps, and what remedies are needed to tackle them.”  The Fawcett Society said that in addition to fairness for staff, employers themselves were losing out by not addressing the issue of gender imbalance in the workplace.

The gender pay gap represents a productivity gap. It’s bad for women who lose out on potential earnings and career opportunities but also bad for businesses who are failing to properly recruit, promote and reward women,

said Jemima Olchawski, head of policy and insight at the Fawcett Society.  She said pay gap reporting should provide firms with an opportunity to understand and address why it was happening at their organisation.