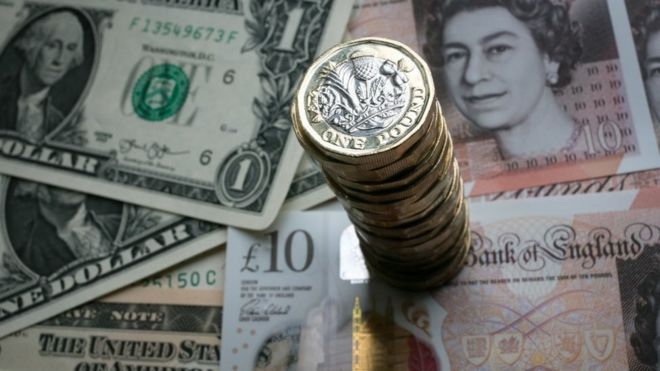 The pound has risen after MPs voted to reject Theresa May’s Brexit deal by 230 votes.

The vote opens up a range of outcomes, including no deal, a renegotiation of Mrs May’s deal, or a second referendum.

The currency slumped 7% in 2018 reflecting uncertainty about the terms of the UK’s exit from the European Union.

MPs voted by 432 votes to 202 to reject the deal, the heaviest defeat for a sitting government in history.

“A defeat has been broadly anticipated in markets since the agreement with the EU was closed in November 2018 and caused several members of the government to resign,” said Richard Falkenhall, senior FX strategist at SEB.

But business groups said their members’ patience was wearing thin.

“There are no more words to describe the frustration, impatience, and growing anger amongst business after two and a half years on a high-stakes political rollercoaster ride that shows no sign of stopping,” said Adam Marshall, director general of the British Chambers of Commerce.

He implored MPs to come to an agreement, and was joined in this plea by business groups including the Federation of Small Businesses, the Institute of Directors and the Confederation of British Industry.