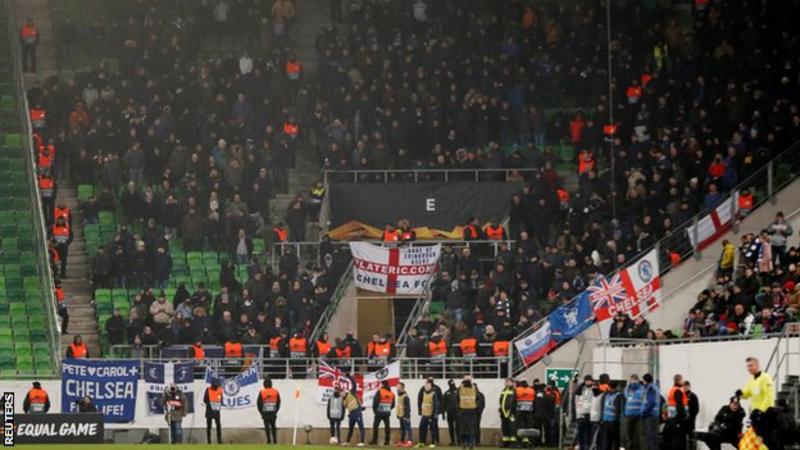 A new Chelsea fan group has been set up in a bid to “oppose all forms of discrimination in and around the club”.

Ten groups and fan-led media outlets have united to start ‘Chelsea Together’ after recent incidences of alleged racist abuse and chanting at games.

Chelsea Together said it has formed without involvement from the club.

It said its mission statement was: “We are Chelsea Together. We are fans united by a desire to end all forms of discrimination in and around Chelsea Football Club. Regardless of race, gender, sexual orientation, religion, age or disability: we are Chelsea; and we are together.”

A statement added: “We want the use of all racist and discriminatory language – including, for the avoidance of doubt the ‘Y-word’ – to end immediately at Chelsea, regardless of what happens at other clubs.

“Even if it is not calculated to be racist, that does not make it any less offensive or hurtful, and it is time for it to stop.”

The alleged anti-Semitic chanting in Hungary on 13 December came five days after the alleged racist abuse of Manchester City’s Raheem Sterling by some Chelsea supporters during a Premier League game at Stamford Bridge. Four fans were suspended by the club.

The Chelsea Together statement added: “From fans themselves, the action we would like to see is very simple: support our club; get behind our team; and refrain from using any words or behaviour that might be perceived to discriminate against anyone based on race, gender, sexual orientation, religion, age or disability.”