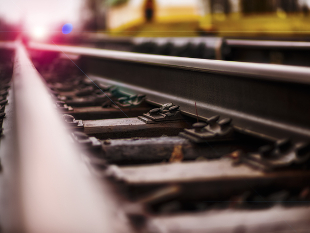 The Leaders of the seven West London councils have welcomed the publication of a report which concludes that there is a strong case for further work on proposals for a new orbital rail line – the West London Orbital – which could support delivery of between 8,800 and 29,300 additional homes and space for 23,000 jobs.

The line links key growth areas like Brent Cross, Old Oak and the Great West Corridor, cutting journey times, and giving residents and workers greater choice and convenience when travelling around West London. Cutting orbital travel times will make a huge difference to travel patterns – removing the need to travel in to and back out of central London when going from Brent Cross to Hounslow will open up a wide range of new travel-to-work options, broadening employment pools for West London based companies.

The findings are set out in a detailed strategic outline business case published by Transport for London (TfL).

The proposed West London Orbital (WLO) rail line would form part of the London Overground network, connecting a number of existing lines to create a brand-new route for West and North London that would also return the four mile long Dudding Hill line between Cricklewood and Acton to passenger use. The WLO would run from Hendon and West Hampstead to Kew Bridge and Hounslow, stopping at Brent Cross West, Neasden, Harlesden, Old Oak Common, Acton and Brentford.

Working through the West London Alliance (WLA), boroughs have been collaborating with TfL in examining the strategic case for the WLO and its deliverability since autumn 2017.

The first phase of this work has concluded that the proposed West London Orbital has the potential to address three critical strategic issues facing west and north west London; bringing land into use for housing and employment; providing much-needed orbital connectivity; and delivering transport benefits by promoting public transport use and tackling congestion on existing services.

It would provide orbital transport options in a part of London dominated by radial connections, connecting town centres and growth areas and encouraging use of public transport. At the moment, it takes as long to travel the five kilometres between Harlesden and Brent Cross as it does to go double the distance, to Southfields in Wandsworth, south of the Thames.

The report concludes that the WLO might be used for 11.5 million passenger journeys each year. It is estimated to cost £281 million and would be value for money, says the report. Examination of technical, engineering and operational issues have shown there are “no showstoppers” for the scheme at this stage.

In light of these findings, the WLA and TfL have decided that the business case for the line should be developed in more detail, focusing on feasibility, financing and technical issues. This work will take place over the next eighteen months.

Assuming successful completion of the further work on the project, services could start on the WLO in 2026.