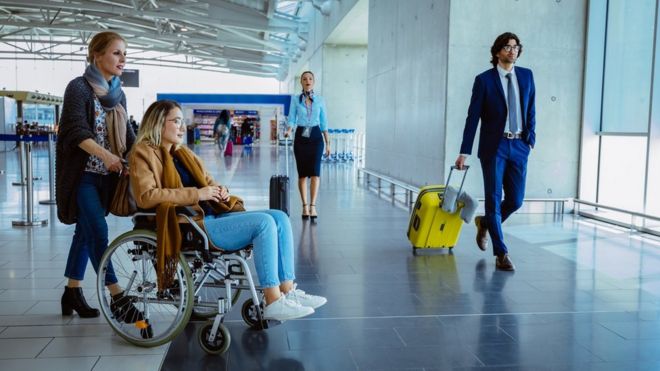 UK airports have made “significant improvements” in providing assistance for passengers with mobility problems, the industry regulator has said.

The Civil Aviation Authority (CAA) said that for the first time, no airports had been given a “poor” rating.

Manchester, which was the only airport to receive “a poor” rating last year, was moved out of the lowest category.

However, it was told to take immediate action to reverse a recent decline in performance.

The CAA said that in April, when Manchester switched to a new provider of special assistance, “the transition did not go as well as planned”.

“We have told senior management we expect immediate and effective action to be taken to reverse this recent decline in performance,” the CAA said in its report.

In response, Manchester Airport said: “We acknowledge that there is further to go and we are investing significant additional resources to improve services for passengers in this area, regardless of their accessibility or other requirements.”

In March, a woman with chronic fatigue syndrome accused Manchester Airport of treating her like “cargo” and “cattle” following a long-haul flight.

Jessica Stafford, 29, booked a special assistance service as she needed help to move through the airport.

But she found the experience “distressing” and “humiliating” after being asked to walk to collect her own wheelchair.

She said she was told understaffing was to blame. 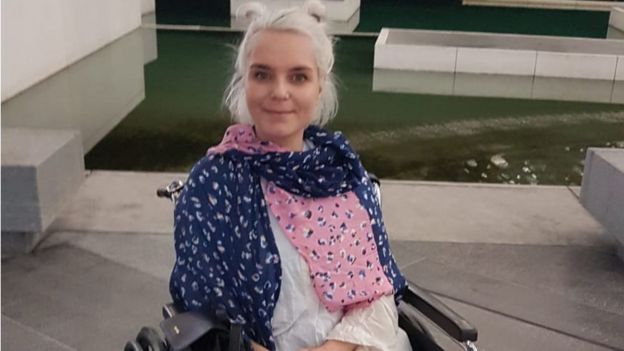 The report from the CAA is its fourth annual assessment of mobility assistance.

It found that a record 3.7 million passengers were assisted at 31 airports between 1 April 2018 and 31 March this year.

The CAA rated the service of 14 airports as “very good”, and 16 as “good”. Only Manchester was classified as “needs improvement”.

“These results show significant improvements to the experience many disabled passengers faced before our reporting began,” said Paul Smith, consumers and markets director at the CAA.

“While it is good to see the general improvements, airports will need to continue to work hard to improve,” it added.