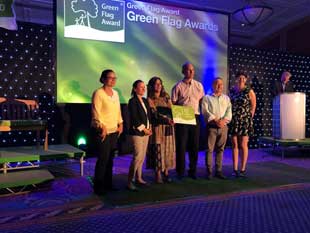 This follows on from 11 parks which were recognised last year with Heston Park being the new addition.

The 12 sites are among a record-breaking 1,970 UK parks and green spaces and 131 in 13 other countries around the world, that will this week receive a prestigious Green Flag Award – the mark of a quality park or green space.

The international award, now into its third decade, is a sign to the public that the space boasts the highest possible environmental standards, is beautifully maintained and has excellent visitor facilities.

Councillor Samia Chaudhary, Cabinet Member for Leisure Services at Hounslow Council said: “This is more good news for the borough that we are to receive 12 Green Flag Awards for our parks and open spaces this year.

“We know how much quality green spaces matter to residents and visitors, and this award celebrates the dedication that goes into maintaining our parks to a high standard. I would also like to thank the residents and volunteers who support our Friends Groups.

“I am particularly pleased to see Heston Park added to the list as they have made a real difference by adding such things as bird and bat boxes, a nature trail and generally contributing more to the conservation program”.

“Each flag honours the thousands of staff and volunteers who work tirelessly to maintain the high standards demanded by the Green Flag Award. We congratulate each and every winner on their fantastic achievement.”

Article from London Borough of Hounslow.