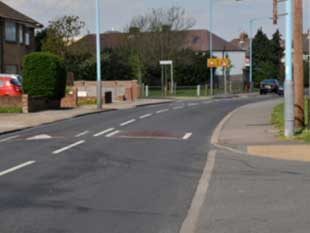 The report, which provides key information on numbers, condition and funding found that out of 32 London boroughs, only Hounslow emerged as having a maintenance backlog considered ‘low’.

The report provides key information on asset numbers, condition and funding – and the growing £1 billion maintenance backlog across the Capital. The report raises important questions regarding investment in our highways and calls for an urgent policy review.

Our Borough highways have been managed under contract by Hounslow Highways since January 2013. Since they took over, a huge amount of work has been undertaken including the resurfacing of approximately 206km of carriageways and 230km of footpaths, 15,093 street lights replaced with new LED lanterns, the refurbishment of five major structures, and the replacement of 13,336 traffic signs. Hounslow Highways have worked hard to complete all of this whilst continuing to deliver street cleaning, removal of fly tips and graffiti, and managing trees and grounds maintenance.

One of the pledges that Hounslow Council has made to the people of Hounslow for its current term is to invest a further £2 million to fix potholes in local roads – and invite residents to report potholes that need attention.

Delivering against this pledge took the form of a ‘Pothole Busters’ campaign, that launched in October 2018, featuring an image of Hounslow’s team of road repair operatives, poised and ready to get to work repairing any potholes reported by members of the public.

Since then, through the borough’s established road maintenance programme, Hounslow Highways has had over 790 issues reported with 263 potholes having been repaired.  A further 212 potholes are programmed for completion with 162 under review.

Since the launch of the campaign, 65 roads have been identified in the borough that are suffering in most cases from delamination. The council has listened to residents, identified which roads are the highest priority and have rigorously designed and negotiated cost-effective schemes with our service provider.  A works programme will follow, focussing on the complete resurfacing of the 20 roads across the borough that are highest priority, starting in August 2019, at a cost of over £700K.

“This latest report demonstrates that Hounslow’s highways are in the best condition of any London Borough . Our partnership with Hounslow Highways is delivering extremely well for our residents, despite pressure on resources and growth in our population.

“Hounslow emerged on top alongside Westminster two years ago in the first State of the City Report and is now the only London borough with a low maintenance backlog. It is clear that the growing backlog elsewhere is storing up big issues for future generations and I’m delighted to say that this is not the case for Hounslow.

“Roads need constant maintenance to stay in good order and with our ongoing maintenance programme, we intercede early to repair defects. Our pothole pledge strives towards achieving even higher levels of maintenance and gives our residents a say in where we direct further repairs. Of course, nobody will claim that our roads and footways are perfect, but we are in a very good position compared to all other London boroughs. We will work with Hounslow Highways and residents to keep it that way.

“The quality of Hounslow’s infrastructure is an integral part of what we as a borough have to offer as a place to live and do business in. This report is testament to how efficiently managed our resources are and what terrific value for money Hounslow Highways offers our borough. We wish them continued success and feel our highways are in safe hands.”

“We are proud to be playing a part in Hounslow holding this position in London. It is a validation of our whole life and high-quality construction techniques, aligned with a spend to save investment ethos and a culture of collaboration with the council. We will strive to maintain these high standards into the future.”