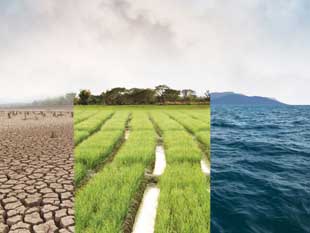 At a meeting of Borough Council on 23 July, Hounslow Council declared a motion recognising the Government’s amendment to its Climate Change Act Environmental and Sustainability Strategy (Paper No.19-197), that introduces a legally binding net zero carbon target for the UK by 2050. The council welcomes this change in UK law and urges the Government to consider all possible ways to bring this target forward.

Having joined with now over one hundred councils, the Greater London Authority and the UK Parliament in declaring a Climate Emergency at the last meeting of Borough Council on the 18 June, the council went on to pledge the following:

a) To run a citizen engagement exercise on tackling the Climate Emergency through a series of workshops, following the Cleaner Borough model,

b) Produce a Climate Emergency Action Plan by December 2019, in conjunction with the Greener Borough Strategy,

c) Start a year of Environmental Action, including lobbying for the appropriate powers and funding for local and regional governments to achieve ambitious net-zero targets such as 2030.”

“We support this change in the UK law, in recognising the climate emergency and setting legally binding targets for the UK to be a net Zero Carbon economy by 2050, although we urge the Government to bring this target forward. We believe that all governments (national, regional and local) have a duty to act to protect our world and counteract climate change before it’s too late.

“We want to work with our communities to develop an action plan for the borough to commit to. We will also continue to lobby Government for the appropriate powers and funding to enable us to achieve these targets.”