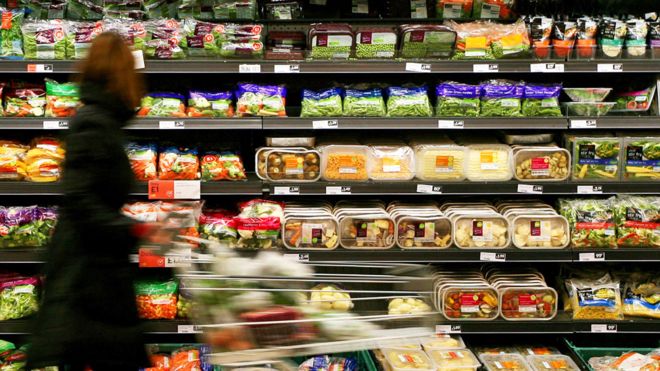 Sainsbury’s has become the latest supermarket to target packaging waste, pledging to halve the amount of plastic used in its stores by 2025.

Its customers will have to change their behaviour to achieve the “bold ambition” it said, for example by buying milk in plastic pouches.

It is also inviting the public and business partners to submit new ideas.

“We can’t do this on our own and we will be asking our suppliers and our customers to work with us.”

On Friday, Sainsbury’s is meeting with food manufacturers, packaging suppliers, material scientists and the waste and recycling industry to kick-start the process of identifying new solutions.

However the supermarket said it was already rolling out some measures, including removing all plastic bags from its fruit and veg sections by the end of this month.

Instead customers will be invited to bring their own bags, buy reusable bags made from recycled plastic bottles, or put a price sticker onto loose items. 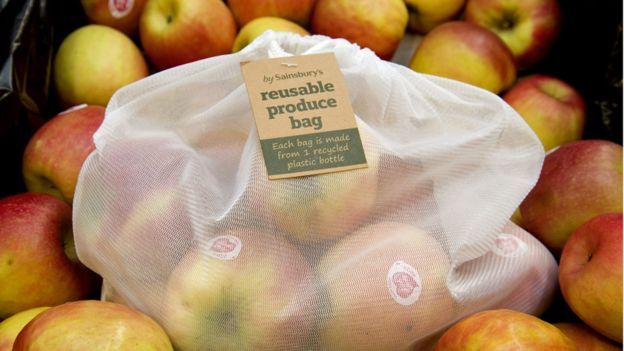 The supermarket considered introducing paper bags, but spokeswoman, Rebecca Reilly said the net impact would have been worse for the environment.

“There’s the deforestation link, and they are heavier and bulkier [than plastic]. They take up space in transport, so there are knock-on carbon emissions,” she said.

Sainsbury’s will encourage customers to bring their own containers for products from shampoo to raw meat and fish, and will sell more products loose by weight, something Waitrose began trialling earlier this year.

In many areas it was a question of reducing plastic rather than eliminating it, suggested Ms Reilly. For example milk might be sold in pouches, using less plastic than the current bottles.

But Helen Bird from packaging campaign group, Wrap, said plastic milk bottles were one of the items being widely recycled in the UK.

But she praised the scale of Sainsbury’s ambition and said accepting that it did not yet have all the answers was a sensible approach to the challenge ahead.