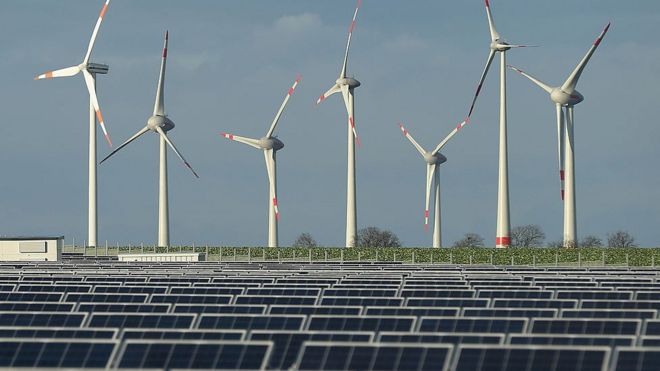 Some of the world’s largest firms including Amazon and Google have committed to big-spending green energy plans as calls for climate action increase.Amazon has pledged to be carbon neutral by 2040 and Google said it would make record renewable energy purchases.The announcements coincide with a day of climate action on Friday, with strikes being held around the world.

Millions of people – mostly children and teenagers – are due to take part.

Ahead of the demonstrations, Amazon chief executive Jeff Bezos outlined new climate initiatives, including promises to make the company carbon neutral and meet the goals of the Paris climate agreement by 2040.

To meet its pledge, the e-commerce giant said it had ordered 100,000 electric delivery vehicles to reduce its fuel consumption. The first will enter service in 2021.

The company said its aim is to meet the targets set out in the Paris agreement 10 years earlier than specified.

Still, some Amazon employees don’t feel the company has gone far enough. More than 1,500 workers pledged to stage a “walkout” protest on Friday against the company’s environmental record.

On Thursday, Google said it would make the “biggest corporate purchase of renewable energy in history” with a string of new solar and energy deals. Chief executive Sundar Pichai said the agreements include more than $2bn (£1.6bn) in new energy infrastructure, including millions of solar panels and hundreds of wind turbines.

“Once all these projects come online, our carbon-free energy portfolio will produce more electricity than places like Washington DC or entire countries like Lithuania or Uruguay use each year,” Mr Pichai said in a blog post. 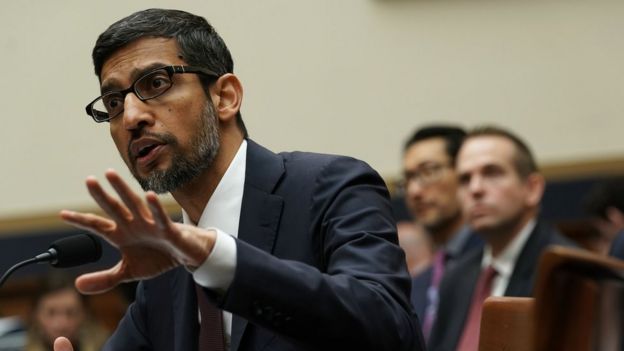 On Thursday, Ingka Group – which owns most Ikea stores – said recent investments in wind and solar will enable the firm to beat its 2020 target to produce as much renewable energy as it consumes. The company has spent billions on wind farms and solar panels at its stores, and said it recently purchased a stake in two US solar parks.

Chief executive Jesper Brodin told Reuters the company would continue to invest in solar parks and wind farms. “Being climate smart is not an added cost. It’s actually smart business and what the business model of the future will look like… Everything around fossil fuels and daft use of resources will be expensive,” Mr Brodin said.