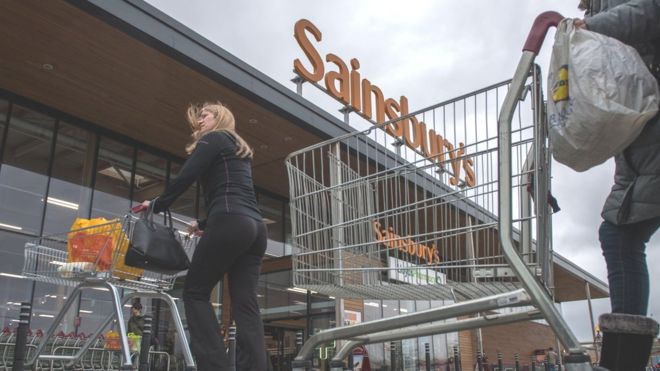 Sainsbury’s will close 60-70 Argos stores as it adds more of the catalogue shop’s outlets to its own stores.The company will open about 80 Argos concessions in its supermarkets, it said in a trading update.

The move comes as the UK’s second largest supermarket chain warned investors that profit for the six months to 21 September will dip.It blamed bad weather and higher marketing costs for the forecast £50m drop on the period last year.The supermarket will also cease new mortgage sales as part of a plan to make its financial services division more profitable.

Sainsbury’s reported sales for the three months to 21 September for stores open at least a year and excluding fuel dropped 0.2%. Clothing and food sales rose, while household goods sales dropped 2%.

The firm will open 110 new convenience stores and close 30-40, it said. A fall in its pension deficit means it can reduce its contributions by £50m a year.

“We have focused on reducing prices on every day food and grocery products and expanding our range of value brands, which have been very popular with customers,” said Chief Executive Mike Coupe. “At the same time, we are investing significantly in our supermarkets.”