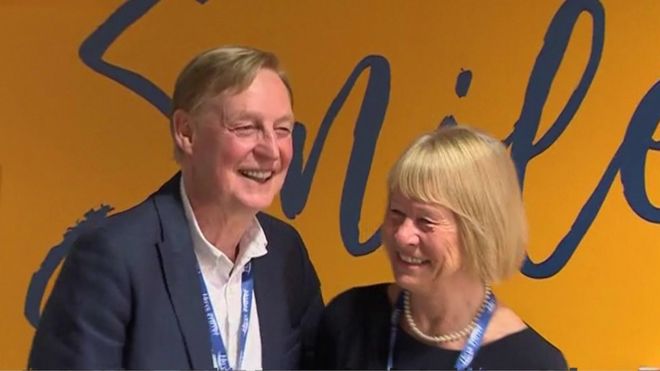 All 555 Thomas Cook shops are to be bought by rival Hays Travel in a move that could save up to 2,500 jobs.

The independent travel agent is buying the shops from the Official Receiver, which was appointed when Thomas Cook collapsed last month.

Sunderland-based Hays said it planned to reopen the shops under its own brand with immediate effect.

Hays has already offered jobs to 600 Thomas Cook staff and it plans to hire more as part of its rapid expansion.

The move is a significant step for Hays, which currently has 190 shops across the UK.

John Hays, who set up the the company 40 years ago, said: “It is a game-changer for us, almost trebling the number of shops we have and doubling our workforce – and for the industry, which will get to keep some of its most talented people”.

He and his wife Irene own the business which has 1,900 staff and last year had sales of £379m, reporting profits of £10m. The price of the deal was not announced.

Irene Hays, chair of Sunderland-based Hays, said: “Thomas Cook was a much-loved brand and a pillar of the UK and the global travel industry.

More than 100 new jobs will be based at the company’s Sunderland headquarters, with the rest in shops across the UK. The company has tweeted, urging former Thomas Cook staff to apply.

The company is telling would-be recruits that as a result of the deal “we can begin to re-open Thomas Cook stores, in their new Hays livery, from today.”

“We aim to open as many as we logistically can as soon as possible,” it said.

When Thomas Cook collapsed, it put 22,000 jobs at risk worldwide, including 9,000 in the UK. It also sparked the biggest ever peacetime repatriation by the Civil Aviation Authority (CAA) to bring more than 150,000 British holidaymakers back to the UK. The last flight to repatriate Thomas Cook customers landed at Manchester Airport on Monday.

Business Secretary Andrea Leadsom said she hoped the deal “will provide significant re-employment opportunities for former Thomas Cook employees, alongside the advice and support we will continue to provide to help people find a new job as quickly as possible.”