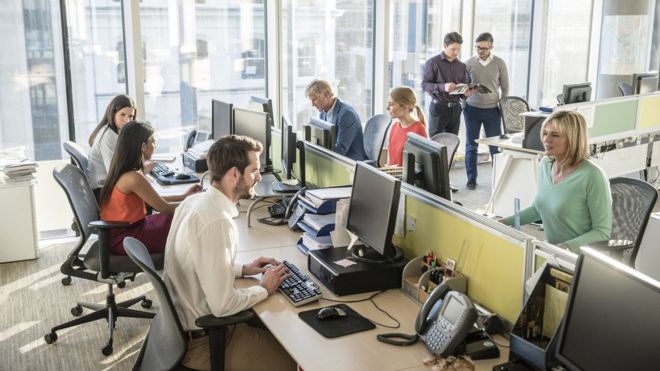 The UK’s economy is expected to avoid a recession after showing better-than-expected growth in the three months to the end of August.

The 0.3% three-month rise came despite a contraction during August itself.

The economy shrank by 0.1% during the month, the Office for National Statistics (ONS) said, but growth in July was revised upwards to 0.4%.

The ONS said weakness in the manufacturing sector was offset by buoyant TV and film production.

“Services provided [the] majority of the growth over the three months, with production and manufacturing falling back,” said Rob Kent-Smith, head of GDP at the ONS.

The growth figures are being watched closely for signs of recession – defined as two consecutive quarters of contraction – after the economy shrank in the second quarter for the first time since 2012.

The next quarter runs until the end of September so the August data is the second month in the third quarter. The contraction during August is not, however, expected to indicate a recession is looming.

The ONS said the economy would have to contract by an unusually large 1.5% in September for this happen.

Economists pointed to the move by the ONS to revise up growth in July from the original reading of 0.3% as a key factor in their forecasts for the third quarter.

Andrew Wishart, UK economist at Capital Economics, said that it meant “fears that the economy is already in recession have been banished”.

He now thinks the economy could grow by 0.4% in the third quarter, more than he had originally expected.

In August, the economy was dragged lower by a drop in manufacturing when car production was subdued. Only the construction sector expanded during the month.

Chris Williamson, chief business economist at IHS Markit, described the contraction in August as “disappointing”, with economists having expected zero growth during the month.

But, he said, the figures “come on the heels of a stronger than previously thought July, leaving the economy on course to expand in the third quarter, barring any slump in September”.