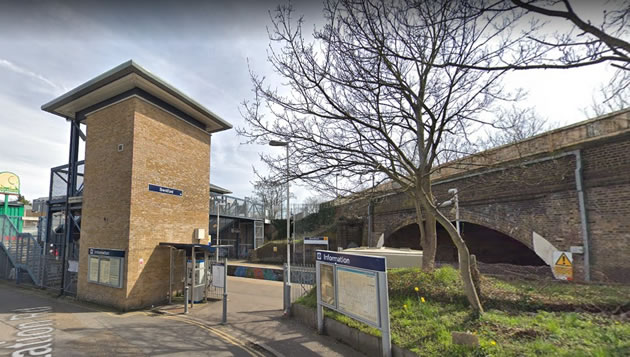 At least a thousand people are predicted to use a proposed new overground line to Brentford for their morning commute. It is anticipated that it will open in 2026, and when it does, the line will provide direct access to the new Elizabeth Line.

Local advocacy groups have welcomed the scheme saying it’s urgently needed for housing and business to boom in the area and will mean far easier movement around West London.

Council modelling suggests the service will be used by well over a thousand people in the morning peak from the moment it opens. However, Councillor Steve Curran, leader of Hounslow Council, said it should be noted that modelling has consistently underestimated the use of new rail services in London.

The scheme is predicted to particularly benefit those people living in the M4 corridor, many of whom currently get around by car.

Mr Curran said modelling suggested the new line would enable a 50 per cent increase in the number of adults that can access Brentford by public transport in less than one hour.

He said: “That would be around one million people. In addition, it will link to our ‘Opportunity Areas’.” These are parts of the borough designated in the London Plan to accommodate the lion-share of growth in the coming decades.

Mr Curran said: “The linking of these opportunity areas is particularly beneficial given that the Southall opportunity area is largely residential led, and the Great West Corridor Brentford opportunity is employment based, raising the real prospect of enabling a high proportion of sustainable local trips between home and work.”

“The scheme provides, for the first time, a genuine public transport option for those accessing the Great West Corridor from the west.” 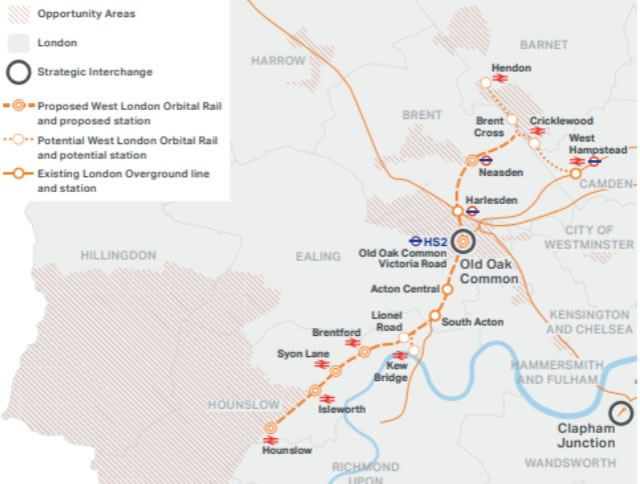 Most journeys in the area are currently made by car, so a rail connection is predicted to reduce highway trips and therefore cut congestion and pollution.

It is proposed that the line will be funded largely by a workplace parking levy (WPL), which would see businesses in the Great West Corridor paying between £500 and £1,000 for their parking spaces annually.

The council predicts this would raise between £1m and £2m per year depending on the annual charge.

This would help support the service the initial cost of borrowing to build the new station at Brentford, new platform at Southall and new track and signalling.

A report to Hounslow Council’s Cabinet noted that affected businesses were unanimously opposed to the introduction of the WPL.

It said: “Employers did not believe that London Borough of Hounslow had presented sufficient information or evidence to justify the scheme in terms of its benefits and impacts.

The council is also exploring the use of Section 106 and community infrastructure levy payments from new developments to help fund the line.

These are sums developers agree to pay the council directly for social projects and infrastructure upgrades as part of planning permissions being granted.

Mr Curran said: “We are also exploring a mechanism where the cost of borrowing to build new infrastructure could be partly met by new income, in the form of business rates, accruing to the council from the additional development that infrastructure helps unlock.”

“Government and Greater London Authority grants to support infrastructure will also be explored as the scheme progresses.”

Brentford Voice member Jim Storrar said without the new rail link, it would be impossible to accommodate the level of growth that is being proposed for the area.

He described the additional line as “fundamental” and a “crucial” piece of infrastructure.

He said: “Everything is really at capacity at the moment, never mind in the future.”

Brentford already has a station which sits on the Hounslow Loop Line, providing services to Waterloo in the East, and to Hounslow in the West. He said the new connection to the Elizabeth Line, which will be known as the West London Orbital, will allow more movement around West London without people having to go into the centre and back out again.

The council has commissioned Network Rail to begin a detailed study, known as GRIP 4, on building the new train link. The proposed West London Orbital (WLO) will on completion constitute 11 miles of routes with services between Hendon and West Hampstead to Hounslow and Kew Bridge.

According to a September presentation to the Transport Economists Group, the service is proposed to open in two phases.

Phase 1 from West Hampstead to Hounslow would aim to be opened in 2026.

The line itself will largely use an existing railway used primarily for freight.